Sorry, this website does not support IE8 and lower!

Please upgrade to the latest version of Internet Explorer or use a different browser to visit our site. 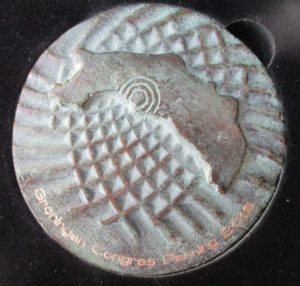 Professor Cees Th. Smit Sibinga was awarded the prestigious Groningen Congress Medal 2018 for his most valuable contribution to the congress world in the City

and Province of Groningen and

the University of Groningen.

The first medal was posthumously awarded in 2017 to the late Mr. Jaap Westerhuijs, founder and first CEO of the Groningen Congress Bureau.

Professor Smit Sibinga organized in Groningen between 1976 and 2003 twentyeight (28) thematic international symposia on blood transfusion, besides his contribution to the organization of a dozen other national and  international congresses on blood transfusion in different parts of the world. He was and still is a well-known advocate for academic and vocational education, and applied health sciences with an emphasis on the less developed part of the World.

Since 1997 till May 2004 he served as the initiator and first chairman of the Groningen Congress Bureau Advisory Committee ‘Ubbo Emmius Colleghie’, with an emphasis on advocacy for organizing international scientific congresses; sharing experience for improvement; art of knowledge/science networking.

The 2018 award was presented during a ceremony on Tuesday 30 October, 2018 by the Mayor of the City of Groningen Mr. Peter E. J. den Oudsten.